Dominic Hoffman is a graduate of UC Santa Cruz, where he received his BA in English Literature. He received his formal training at American Conservatory Theatre (ACT), The London Academy of Music and Dramatic Arts, and NYU Film School. He has won NAACP awards as writer/actor for his play Last Fare (Best New Play, Best Actor), and Best Play at the Edinburgh International Festival, Best Of The Fringe at the San Francisco Fringe Festival, and LA Ovation Awards (Best Writer Of A World Premiere Play & Best Lead Actor In A Play), as writer/actor for Uncle Jacques’ Symphony. Click here for reviews. 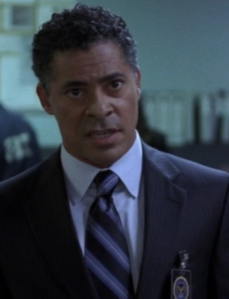 Television appearances have included roles on Grey’s Anatomy, 24, Lie To Me, and recurring roles on The Mentalist, The Unit, and The Shield. He can also be seen in HBO’s Spector (starring Al Pacino as Phil Spector and Helen Mirren) as Spector’s defense attorney. Other appearances include CSI, Rizzoli & Isles, Castle, The Unit, The Shield, and NYPD Blue. For a full film and television resume, click here or here. 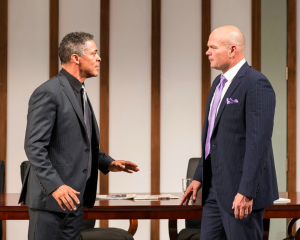 Other credits include both Oberon and Theseus in Midsummer Nights Dream at New Jersey Shakespeare Festival, Willie in Master Harold and the Boys at New Mexico Rep, the title role in the world premiere of Noah Johnson Had a Whore at South Coast Repertory, Flyin’ West at San Diego Rep, That Serious He-Man Ball at Los Angeles Theatre Center, Gabe Gabriel in No Place to Be Somebody at San Francisco’s Victoria Theatre, Mantequilla Decima in Blade to the Heat at the Mark Taper Forum, Mortimer in Circle X’s production of Brecht’s Edward II,  and Valerio in Buchner’s Leonce and Lena.

Dominic has appeared on hundreds of films and television episodes as a voice over artist. 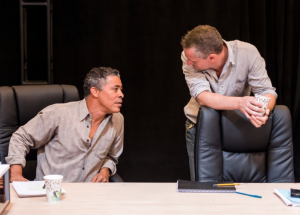 His directorial credits include an all African-American production of Macbeth, A Soldier’s Play, and Dave Roberson in the award-winning solo show, Ali.

“The one-man show “Ali: The Life and Times of Muhammad Ali” at the Hudson Backstage chronicles the career of arguably the greatest–and certainly the most flamboyant–heavyweight boxing champion. Commencing in 1989, the action opens on a slower, struggling Ali (David Roberson), already in the throes of Parkinson’s disease, ostensibly addressing an audience on a college lecture tour–a neat expositional device on the part of co-writers Geoffrey C. Ewing and Graydon Royce. A by-the-book opening unfolds into a stronger second act, Roberson and his director Dominic Hoffman make the most of the progression.” ~THEATER BEAT, Los Angeles 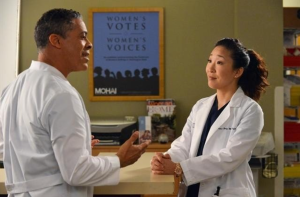 As a writer he has penned film, episodic television (A Different World), radio (Wells Fargo Presents: The JP Beckwourth Story), and theater, including his two award-winning solo plays, Uncle Jacques and Last Fare.

Inside Out and Unfinished Business are his two original screenplays. Dominic has adapted two novels for the screen. Fearless Jones by Walter Mosley and an autobiography of Dorothy Dandridge.

His play No Gavel was commissioned by South Coast Repertory and workshopped by NYC’s Labyrinth Theatre. Saving America, The Meet-Up, and Emmitt and Ava are his latest full length plays.

Emmitt and Eva recently had it’s first public reading at the Electric Lodge in Venice, CA.